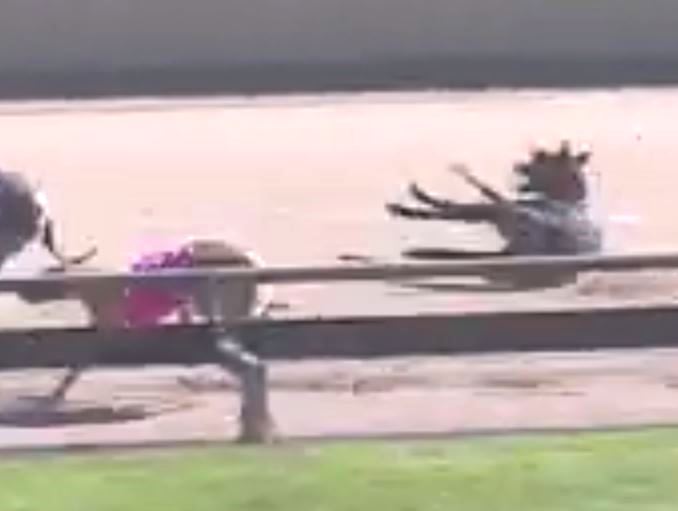 The death of Fine Edition – two days after racing participants complained of safety issues – has highlighted the continuing suffering of greyhounds in Victoria.

Two-year old Fine Edition was killed at Warrnambool on 21 June 2021. She collided with other dogs at the home turn and fell, sustaining a broken foreleg, and was euthanased by the on-track vet. She is now listed as “retired” by Greyhound Racing Victoria.

Fine Edition was the 19th dog to die racing in Victoria this year and the 81st nationally (listed here).

Due an increased racing schedule at Warrnambool in 2021, there has been a large increase in racing injuries compared to the same period last year.  For 1 January – 21 June, injuries have spiked from 82 to 158, a 93% upsurge.

Warrnambool also claims some of the worst race meetings this year, with some meetings seeing seven, eight, or even 10 dogs injured.

In Victoria, 178 greyhounds suffered “life-threatening” injuries in the period 1 January – 21 June, a 30% increase over the same period in 2020.

Two days before Fine Edition died, the Greyhound Owners Trainers and Breeders Association of Victoria Inc (GOTBA Vic) issued an announcement expressing no confidence in Greyhound Racing Victoria, and calling for a day of action on 3 July.

One of GOTBA Vic’s key concerns is track safety, and they state: “We no longer have confidence in GRV ensuring safe racing.”  A major criticism is that GRV “has failed to action many independent expert track safety recommendations.”

Most fatal racing incidents occur on curved tracks in races with seven or eight dogs. Industry-funded research by the University of Technology Sydney in 2017 recommended straight tracks and six-dog races in order to reduce injuries and deaths, but little has changed.

Data note:  Of the 81 greyhounds killed so far on Australian racetracks in 2021=

– 75% were fatally injured at track turns

– 60% were fatally injured by falling