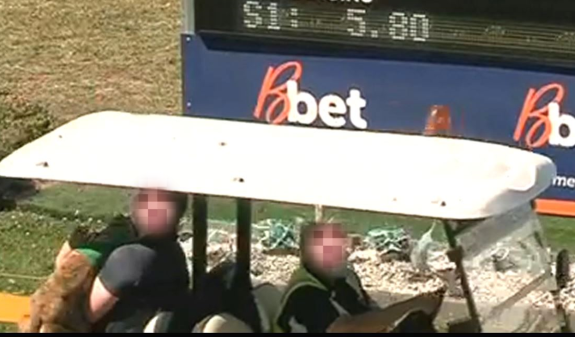 Two-year old Rivergum Rebel was another victim of the first turn at the Taree NSW racetrack.

He was euthanased with a fractured wrist after colliding with other dogs during Race 9 on 6 October 2021.

This was only the second race of his career; he had won $100 in his first race.

Three other dogs were injured during the race meeting, one with a dislocated toe. Eight other greyhounds were scratched prior to racing due to illness or injury.

Rivergum Rebel is the third greyhound killed at Taree this year, two more than in all of 2020. All greyhounds were euthanased with leg fractures sustained in collisions at the track’s first turn.

49 greyhounds have been killed on NSW tracks this year, compared to 48 for all of 2020.

In the same period last year (1 Jan – 6 October), 36 dogs died in NSW; deaths this year have increased by 36 percent.

128 greyhounds have now been killed nationwide in 2021, all listed here.

Note these are only dogs named as killed on tracks in stewards’ reports. Other injured dogs are euthanased off-track.

And for those racing fans who always question the facts, check out the details of all dogs killed and please let us know where you think the industry stewards’ reports are wrong.

Image shows Rivergum Rebel being driven to his death.