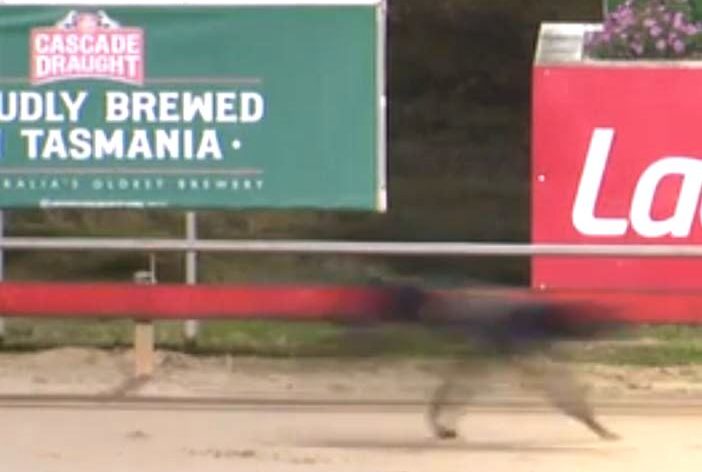 That dark blur in the image is three-year old David Moss crossing the Hobart finish on a broken ankle.

The on-track vet will shortly “humanely” kill him, after Race 6 on 8 July.

Just another greyhound heading towards its death. The fifth dog euthanased  on Tasmanian tracks this year – nice work from Minister for Racing Jane Howlett, a noted enthusiast for gambling on animal racing.

Carlton and United Breweries itself is a name sponsor of greyhound races.

RSPCA Tasmania said: “The death of another greyhound on a Tasmanian racetrack is extremely distressing. We will keep working to stop these senseless deaths.”

Why would a business put its name to what Barnaby Joyce described as “the bottom end” of town?

The harming of dogs is nothing to be proud of.