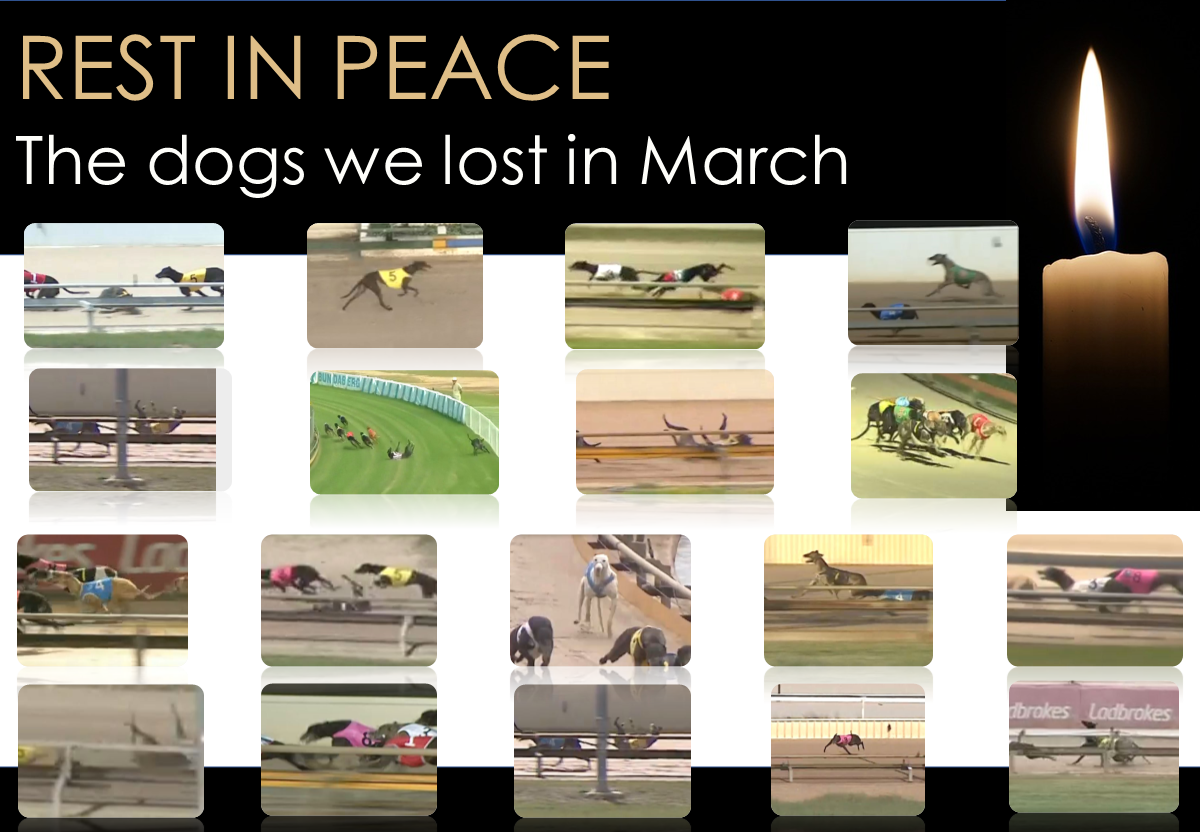 Eighteen greyhounds lost their lives in March in what proved to be a murderous month on Australian tracks.

Victoria and Queensland tied for equal first in the Dog Killing Stakes, with six deaths each. NSW was runner-up with a further three deaths, while South Australia and Tasmania each recorded one unnecessary death.

The Injuries of the murderous month

Virtually all of the fatal injuries resulted from collisions and falls. The overwhelming majority of falls, sixteen, occurred on turns, proving once more that curved tracks are deadly.

There were seven compound fractures, chiefly to the legs.

Greyhounds raced twice a week; does this contribute to injuries?

Cruikshank had raced a mere three days before his life-ending fall at Ballarat. Big Tac, Vera, Special Bill and Aston Spinel had all run in the race the week leading up to their deaths.

The agony of This Duke Maywyn

This Duke Maywyn was scratched from an Ipswich race meeting due to being “deceased”. Enquiries revealed he had died of a twisted bowel – an agonising death.

Prizemoney no guarantee of a well-earned retirement following injury

The eighteen greyhounds killed in March won close to $170,000 between them. The top earners were Special Bill, not unique enough to his owners, even after a career winning over $50,000.

Mr Blurton, Aston Spinel, Yaramundi Hoover and My Buddy Benny won nearly $65,000 between them but were still killed for treatable injuries.

The Coalition for the Protection of Greyhounds (CPG) is a group determined to ban greyhound racing for its cruelty to dogs. Due to the brutality of the greyhound racing industry, CPG believes that people deserve to know the facts and aims to get state governments to change their policies regarding greyhound welfare.

1 thought on “March proves a murderous month for greyhounds”