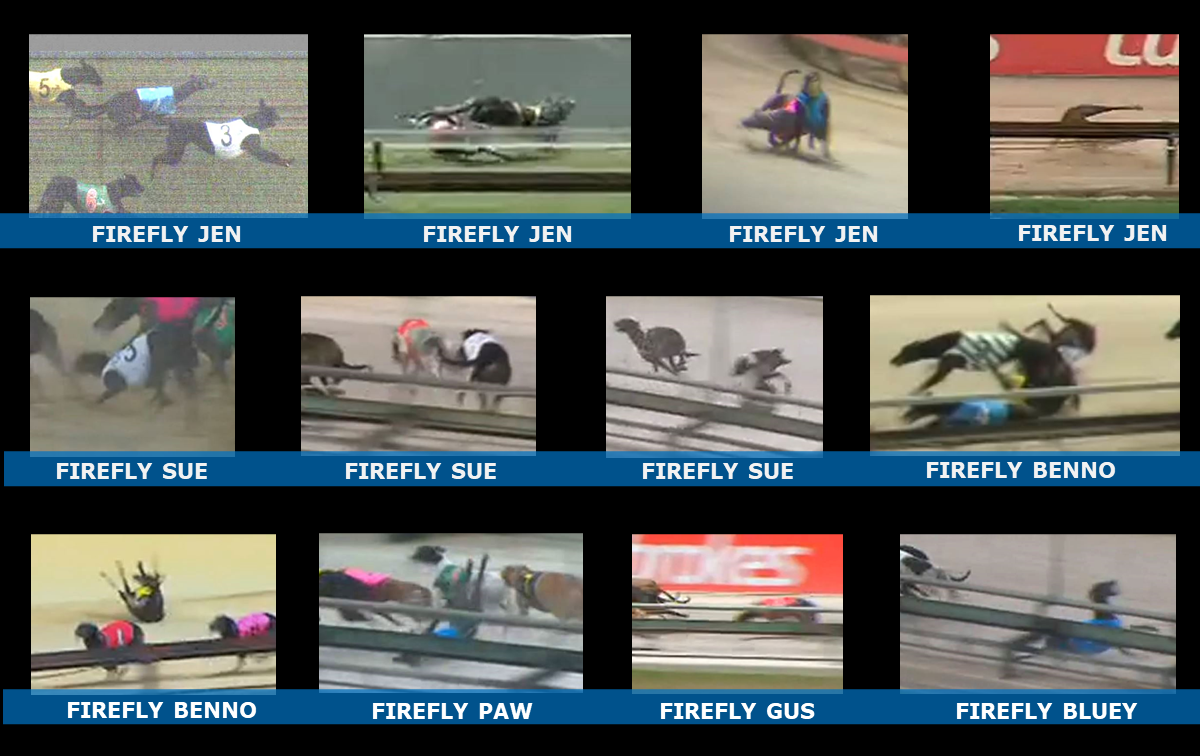 The death of Firefly Jen from a heart attack has brought into focus the harsh lives of racing greyhounds.

Firefly Jen collapsed on the finish line at Kempsey NSW on 19 June 2021.  She was aged four years and three months – old for a racing greyhound.

She had run only 25 races but had fallen three times in her career. Why was she lightly raced – were there underlying issues?

The death of Firefly Jen brought to a close the racing of the “Firefly” litter, as documented in their Greyhound Recorder profiles.

She was one of a litter of eight greyhounds – born on 24 Feb 2017 – and the last to be racing. Firefly Benno, Bluey, Gus, Maureen, Paw, Sue, and Tommo led varying racing careers, but they experienced a total of 10 falls among them, and death and injury.

Firefly Gus was killed by on-track vet after breaking his elbow in his 31st race.

Firefly Benno had 58 races, and fell twice, while Firefly Tommo only raced twice and won $0.

Firefly Paw raced 11 times, and fell in his last race.

There are no more greyhounds in this litter still racing. Two are confirmed dead – what has happened to the others?

Images show every fall suffered by the litter plus the moments before Firefly Jen’s heart attack and collapse.