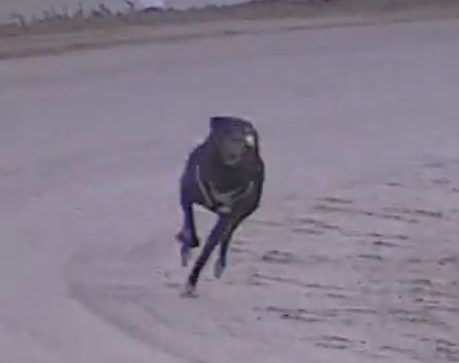 Entering the home straight, the stewards’ report states that she “pulled up” and “failed to finish the race.”

The on-track vet could find no injury. Stewards, however, “discussed the frequency of racing of Crown Sally with the trainer”. As usual, they only “noted their comments”.

According to the Greyhound Recorder, Crown Sally ran five times in the fortnight period 14 – 27 June, on average once every 2.8 days.

The industry’s only rule about racing frequency states they cannot race on two consecutive days. The Greyhound Racing Victoria care handbook says most dogs race once a week.

Is it any wonder that young Crown Sally couldn’t finish the race.

But, because the industry loves its dogs, all the fault was put on poor Crown Sally and her “racing manners”.

Stewards charged with her with “failing to pursue the lure with due commitment”, she was found guilty, and suspended for 28 days at Sale.

She needs the rest.