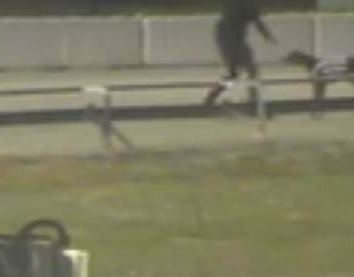 The 100th greyhound to lose its life on Australia’s racetracks in 2021 was three-year old Overgrip, yet another dog killed with a broken leg.

Zed Bale was the first greyhound loss this year, killed with a broken humerus on 1 January in Geelong VIC. Overgrip was killed on 12 August in Albion Park QLD with a broken tibia.

This record only reflects the deaths revealed in stewards’ reports and can be considered an undercount. Many dogs injured on the track are euthanased at a later date.

The usual trends are there – dogs are being killed after injuring their legs at track turns in races with seven or eight dogs.

NSW’s appalling run of deaths – the first half toll of 2021 was almost 50% higher than in 2020 – means the state is by far the country’s deadliest.

All greyhounds lost are listed here

Data analysis of our 100 friends taken by the racing industry:

Of the 100 greyhounds killed:

– 74 sustained their injuries at track turns, 14 in catching pens

– 56 suffered injuries after falling, while 30 broke down during the race

– 72 were running in races with seven or eight dogs

Most common ages of deaths:

(Image shows Overgrip coming to a stop on the track. He will be euthanased)