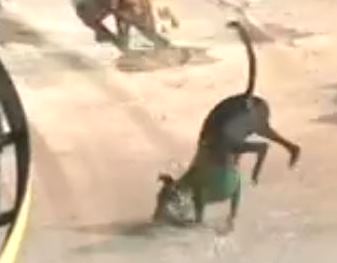 The first half of 2021 was one of the deadliest for greyhounds in NSW.

The dreadful facts are underlined by the industry regulator NSW Greyhound Welfare and Integrity Commission’s Injury Report for First Quarter 2021.

Their report revealed that for the First Quarter 2021 the “Catastrophic injury rate this quarter is the highest reported since Q1 2019”. (GWIC refers to greyhound deaths as catastrophic injuries.)

In the first half of the year, Richmond in NW Sydney was the deadliest track with five deaths, followed by Wagga Wagga (4 deaths), and Maitland, Wauchope, and Wentworth Park  (3 each).  Twelve other NSW tracks recorded deaths.

Most greyhound deaths occurred on curved tracks, with 86 percent of dogs euthanased with fractured legs.

As Sentient, the group of ethical vets, said, “The tragic death of 36 greyhounds exemplifies why greyhound racing must end. There is no way of protecting dogs from catastrophic injuries, most of which occur on turns.”

NSW racing minister Kevin Anderson boasted in February 2021 that “NSW already has the highest standards of greyhound welfare in Australia and the lowest catastrophic greyhound racing injury rates on record.”

With deaths rising almost 50%, will Mr Anderson show he actually cares about dogs and stop the racing on curved tracks?

Only a fraction of the promised $30 million of taxpayer funds have gone to track upgrades.

The conservatives loved to praise the NSW Government’s “Gold Standard” approach to handling the COVID crisis.

The NSW Government should be condemned for its callous disregard of greyhound welfare and its – to quote the Sydney Morning Herald – “craven collapse to a powerful lobby group”.